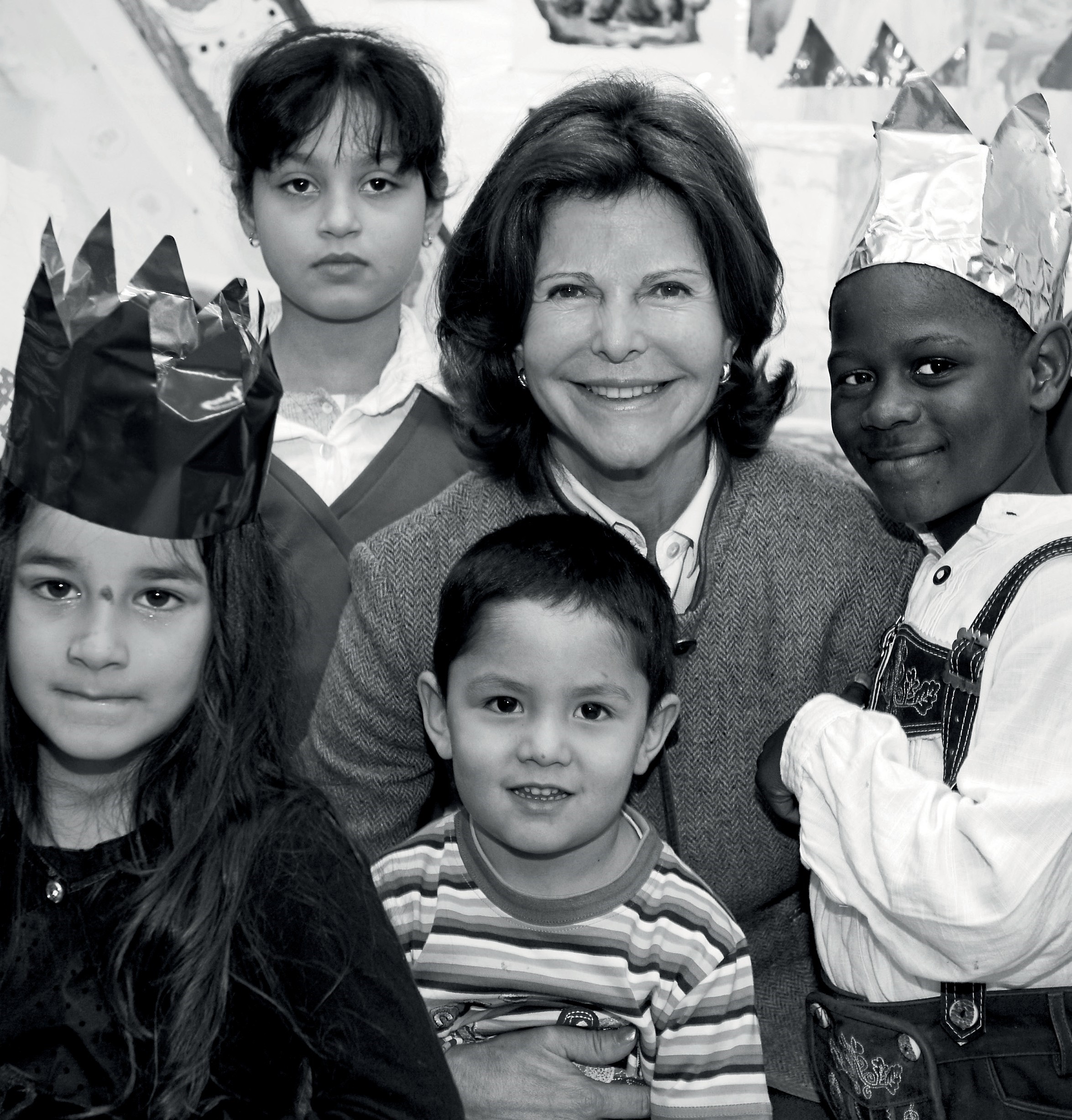 HM Queen Silvia’s Foundation – Care About the Children, works for a world in which every child’s most fundamental needs are fulfilled. Our objectives depart from the UN Convention on the Rights of the Child and seek to provide every child with access to education and healthcare as well as ensure their safety and happiness. In short, to let children be children!

The foundation cooperates with established organisations on well-defined projects and in doing so supports the most vulnerable children in Sweden and around the world.

Children have always held a special place in the Queen’s heart. For several decades the Queen has been committed towards safeguarding the rights of children; work which has awarded her global recognition and respect within the field.

Founded in 2013, Care About the Children awarded the Queen additional means with which to support the most vulnerable children in society. This work is made possible by the many generous donations committed by private donors as well as a handful of organisations and companies; amongst them are, the Swedish Postcode Lottery, SEB, Svenska Handelsbanken, and Dafgårds.

To date 44 projects have received support from Care About the Children. These projects fall within four thematic categories; psychosocial support, education, recreation and health, with a special focus on refugee children and online vulnerabilities.

The Foundation supports projects in Sweden as well as internationally. Internationally, projects have been implemented in Latvia, Syria, Mozambique and India to name but a few.