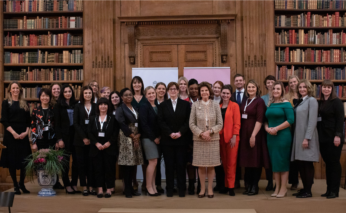 H.M. the Queen together with the 2021 Child10 Awarded Members in the Bernadotte Library. Photo: Felicia Margineanu

On Monday 18 October, the EU International Day Against Trafficking of Persons, the Queen attended a seminar arranged by CATCH on trafficking and sexual exploitation of children. She also handed out the 2021 Child10 Award to ten organizations working against child trafficking and other forms of sexual exploitation of children. The seminar was held in the Bernadotte Library at the Royal Palace.

The Queen opened the seminar by welcoming everyone and holding an opening speech:

No country, no community is free from exploitation of children. And it never will be, unless we really work together; law-makers, governments, civil society and corporates. In order to prevent trafficking and provide protection and assistance to the victims, we need to support each other and learn from each other. Read the Queen’s speech in its entirety here.

Read the Queen’s speech in its entirety here. 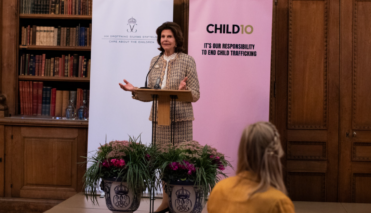 Following this, CHILD10’s general secretary Jacob Flärdh spoke about the organization’s work and this year’s winners.

According to UNODC:s global report on trafficking,  every third victim of human trafficking is a child. The report also shows that 9 out of 10 victims of human trafficking for sexual purposes are girls and women. The organisations receiving the award all work to counteract that exploitation of children and support those that have fallen victim to it across Europe.

At the end of the seminar, a panel discussion was moderated by CATCH Managing Director Therese von Blixen-Finecke between 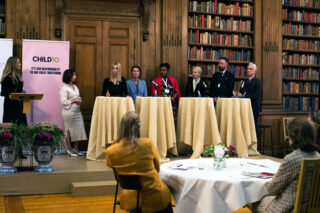 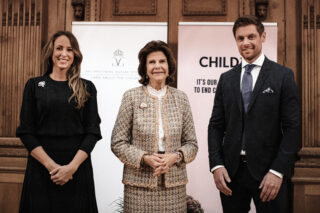